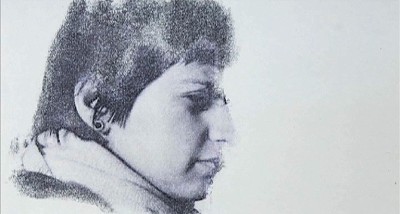 In selecting work by Iranian artists for this compilation, I have looked for experimental videos that were informed by the relationship of the artists with their place of birth. I grew up in Tehran and moved to the US at the age of eighteen after the Revolution of 1979, so curating this collection is close to my heart. On a personal level, this has been a valuable opportunity for me to reconnect with my roots and to interact with contemporary Iranian artists.

The videos vary from the political, as in Morehshin Allahyari’s “Over There Is Over Here,” to Hamed Sahihi’s sensually metaphorical, “Sundown.” Looking through these selections, one senses the magical quality of Persian poetry that pervades this culture. They share a slow sense of rhythm, rife with reflection, fortitude and forbearance. Each communicates social awareness and responsibility in a unique way.

A deep sense of longing and fear of the subversion of reality permeates the work of the self-exiled. Laleh Mehran’s ritualistic video suggests the futility of attempting to revive the past. Gelare Khoshgozaran commemorates her family reunion in Iran as her last experience of happiness. Morehshin Allahyari is obsessed with remembering the “reality” of political life in Iran. Maneli Aygani speaks of the suicide of the true self, as it sensors itself in order to become accepted as a social being.

Some of the artists use the idea of feminism and creation as a way to either express, criticize, or change negative social forces. Neda Darzi speaks against war and its destructive fury. Samira Eskandarfar questions the idea of womanhood and her reproductive powers and choices. Parya Vatankhah expresses her hidden anguish and resentment against the stifled voices of women.

Interestingly, Payam Mofidi, one of the only two participating men in this collection, uses the viewpoint of a woman in his animation, “Poéticide (shaér koshi).” She finds herself in a surreal, nightmarish setting abstracted from her memories.

While historically Iranian filmmakers have captured world audiences through their powerful work, Iran now produces artists who have crossed disciplines and have found a niche in video art, empowered by its ability to have their voices heard globally.

Over There Is Over Here explores the dialectics of time, space, real and unreal to define and critique the position of those who have left Iran in the last 4-5 years in relation to current political prisoners in Iran. The project uses 3D animation as a way to illustrate presence-less presence and to show the passage and collapse of the timeless time.

Timeless Time: In my recent trip to Iran, I found a picture of political prisoners in my grandmother’s album, which is at least 100 years old. Looking at the prisoners chained to each other, I saw a tragic relationship between the past and the present of Iran, then and now, there and here; a shared pain from the same soul, generation after generation. In my animation, the concept of time is used not only to explore a relationship between past and present, but as a non-linear and collapsed concept in which the past and present have come together in order to create an “un-real” reality.  Presence-less Presence: Through a self-reflexive narrator, Over There Is Over Here alternates between the literary definition of a third person narrator to my actual, physical “third person” role outside Iran as narrator of the story. The narrator explores my relationship with imprisoned friends and classmates. In this relationship, I am the outsider who will always fail to understand the reality of a prisoner’s life. The more I live outside Iran, the more I will forget details of the “reality” of life inside Iran. For these reasons, the animation is a deliberate mix of real and un-real, fake and genuine.

Where and how did we grow up? How have we learned to be afraid of each other? How have we enjoyed the approval of others for what we really aren’t? How long those “others” and this “enjoyment” last? Censorship is internalized. We become experts at it, as if it were an inseparable part of our lives. It is precisely then that we loose the ability to distinguish what the I really wants. All the rigid concepts like Good and Evil form dissonances between our mental universe and the world around us; finally, while we understand that which we desire, we ruthlessly start a process of self-flagellation, because if our desire refuses to abide by our stock of knowledge, it will appear impudent and unusual. Thus, what is ravaged is the I, and at times, when we overcome this false I through continuous inner struggle, and stand our ground for that which we desire, the main tragedy then takes place. The I that harms the world is often more unpleasant than the I that harms itself. Then, this evil I will remain and a feeling of guilt. To what extent does this feeling of guilt, rather than our acumen, determines our actions? In this vicious circle cruelty comes to us from others, from us to the self, and from us to others. We are all engaged in hurting ourselves and hurting others. And, the moment that this cruelty becomes commonplace, a falsehood replaces truth, and the I gets lost in the middle of truth and falsehood and cannot distinguish between the two. This is a what-do-I-want that is lost. And the I gives up.

It is part of a video installation and is devoted to the Mothers and women who lost their loved ones in War. Have you ever missed your husband, your parents, your children, all the things spiritual and material that mattered in your life?

To me war has no place in the world. Its only purpose then, is too bring pain and suffering. To divide nations, peoples and culture. I participated in the Athena Video Art festival in 2008 with two other Iranian video Artists from Iran. Farideh Shahsavarani and Mohamad Reza Razdasht who recently passed away and was the victim of the senseless war between Iran and Iraq. They are called “Martyrs”, but in reality they are people, like ourselves.

It is our duty to speak loudly in the world, “NO TO WAR.” If our message reaches and influences even 1 person, we reach our Goal, because 1 person does make a difference, and multiplied by many can change the World.

Title: “The Olive”
2009, 7:04
”Olive” where in all cultures symbollizes peace and friendship, in the childhood dreams of the woman pictured mixes up with concepts like birth, femininity and creation. The woman has grown up but still explores her childhood dreams and beliefs and questions femininity, time and choice in one woman’s existence.

“This video comprises thirty five stills—screen shots—from a home video of my family, back in 1989. It was shot a couple of months after the war was over. We had returned to Tehran from our temporary refuge in a village near the city. We had gotten together at my uncle’s house to celebrate the occasion of my aunt’s birthday; while the whole event was an excuse for us to get together and make a documentation of our reunion and sending it to their son who was a refugee in Norway at the time… In the last four minutes of that video when everyone was dancing, I was lying in my father’s arms, the war was over and we were a family documenting our reunion and sending it to one that was “not there”.
By appropriating the home video and re-editing it—contemplating on the singular images and the abstract images indexing the material erosion and age of the film—and by manipulating the regular stream of the images that make a wholeness i.e. the video, I attempted to reconstruct the flow of images in a more fragmentary way that puts the subjects in a more in-between place, rather than being fixated within the frame of the image; more distant, desired and forever unattainable.”

Though grounded in the aesthetics and culture of ancient Persia, this video is best understood as an abstract meditation on the concepts of loss and longing. Centered on the repetitive, even compulsive behavior of a single, unidentified figure as she continuously rakes the sand with her fingers, Raheleh suggests the need of this kind of memorializing ritual, while at the same time pointing toward the
inadequacy of any such gesture.

Poeticide (Shaer Koshi) in a rather lethargic mood, a girl is disillusioned by the harshness of events that affect her life. She sees herself trapped in a constant nightmare, from which she finds no exit.

The whole story revolves around dreams and memories. There are some shots which the audience might experience that some parts are missing like a piece of dream or memories which they could recall in duration of the movie.

Title: “Sundown”
2009, 3:30
One of the most common places for vacations that Iranian mostly from Tehran go there is Caspian shore in north of Iran. At the same time you can see many different types of people who enjoy their time. This video belongs to this happening.

The focus in my latest video is showing the psychological state of a woman through her face who is flirtatiously smiling. A woman who is happy and laughing. The audience immediately believes that it’s a happy calm moment, yet half way through everything changes and with an audio-visual shock they understand that the woman not only is not happy but is actually dying. The smile turns cold and the woman is shown sitting in her blood.

My goal in this video was to show how humans are such complex beings that it’s very difficult to understand one’s inner feelings from just the gestures on the face. This is a universal fact, someone laughs but inside bares thousands of worries and sadness or on the contrary, one might seem sad and oppressed while from within she is mocking the situation.

In the other side I played with the situation of women of my country, Iran, that thay have a lot of problems, various problems in family, in society, with force of government who ignores them. Yet they’re alive, active, they have pain but they go out, they laugh and continue bravely.

Studying the face and expressions of humans, a being which is not even known to itself. What is the truth? There is no truth. I can’t see an absolute in the universe, but to relieve myself from these mysteries I will continue with my work.
.
.
ENTER the online feature here